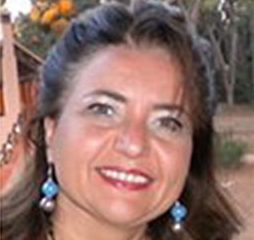 Dr Francesca Fusco’s research interests focus on the molecular genetics and pathogenesis mechanisms of X-linked genomic disorder. Genomic disorders are a class of pathological conditions caused by genomic rearrangements often arising in region with a sequence structure that makes them prone to recombine. She is involved in molecular analysis of the genetic defect in a large cohort of patients affected by Incontinentia pigmenti, a rare X-linked dominant disease, caused by mutations in NEMO gene encoding a protein with a central role in the NF-kB activation. She identified new point mutations and novel genomic rearrangements, reported in specific databases and scientific journals. She studied recurrent nonpathological variants of IP locus, which were also present as rare polymorphisms in control population and that might be ‘‘at risk’’ of generating de novo deletion by NonAllelic Homologous Recombination (NAHR) during either meiotic or mitotic division.
Moreover, she is particularly interested in the search of additional mechanisms able to generate pathological alterations in the IP locus or Copy Number Variation in the genome. Her research activities in research grants of the project: “The genetic IP defects, molecular analysis of the NEMO gene and other NF-kB related genes’ are: Sequencing and genomic analysis of the Xq28 region. Characterization of the locus in a patient with NEMO IP; Identification of target genes of transcriptional regulation mediated by the NEMO protein in cells of patients with IP; Identification of altered recombination between regions of homology with NEMO and PseudoNEMO quantitative analysis of DNA; Study of genomic rearrangements associated with the Xq28 region by Genome-Wide Strategy (array CGH). She is Researcher at the Institute of Genetics and Biophysics, ABT CNR, in Naples, joining the group of Dr. Matilde Valeria Ursini, one of the main IGB human molecular laboratory.