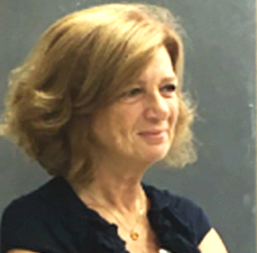 In the recent years Dr. Ursini’s group has studied NEMO, a protein with a central role in the NF-kB activation working as a platform at a converging point of different signaling pathways that lead to NF-kB regulation. NEMO mutations are associated with Incontinentia Pigmenti, a rare X-linked dominant disease. Because of the pleiotropic role of NEMO, IP has a highly heterogeneous clinical presentation ranging from the simple cutaneous rush to a severe metal handicap. Dr. Ursini and her group have described many mutations in the NEMO/IKKgamma gene whose functional characterization has prompted them to identify specific molecular defects in single transduction signal converging on NEMO, such as inflammatory triggers (TNF alfa, IL1 LPS ecc) that overall affects the NF-kappaB pathway causing the disease. In the effort to identify the players of the NF-kappaB defect in the CNS, Dr. Ursini has sought to identify molecular adaptors interacting with NEMO in the CNS, such as NESCA, a novel NGF mediator in NF-kB activation.